I meant to give a report much earlier, but having waited this long, I can now say: It’s the final countdown.

The Science Fiction Project is in its final stage before I send it to my Revision Team. The novel underwent a major restructuring and expansion of characterization. It is likely that I’ll rewrite some existing scenes. Although the minor changes I make now technically belong in the third draft, I’m officially calling it Draft Four. The focus now is to create a near-finalized novel and get it ready for team revisions. I hope to finish this week.

My Revision Team will be the first to read this novel. It is made up of five people who each bring with them a different area of expertise. These are the same people who revised The Red Flag and I’m eager to work with them again. They will also help me choose a title for this novel (right now I have absolutely no ideas).

While they read the Science Fiction for the first time, I will begin planning for the Historical Romance! I am so excited to get started on this new project. It will begin with research, but it’s too early to say much more. I will, of course, update you when the time comes.

Here’s a quick update on the science fiction project:

The second draft is complete, and I will begin working on the third draft this week. While I wrote the first draft, I left notes for myself along the way, and part of the third draft will be addressing those notes. This stage will also involve rewrites of major scenes and continuity fixes. Basically, the entire manuscript is about to get a huge overhaul. This will be the biggest step toward a final manuscript before going to my team of revisers. I don’t know how many drafts it’ll take before this project is complete, but the third draft will be a major milestone.

As I suspected, the first draft did not meet the word count goal. The second draft helped, and the third draft will also help. Having anticipated this, I did make a plan for expansion should it be needed. It’s not a plan that adds random scenes since that would be lazy and hinder the natural flow of the story. Rather, this plan will expand on character relationships and motivations, making them more complex and dynamic. These changes will take place within scenes I have already written, giving them more dimensions and benefiting the entire story as a whole. This is something I had wanted to do but held off on, so now is my opportunity to do it after all.

True to my word, I have stayed focused on this project and have not slipped into working on the historical romance despite my eagerness to get started on it. However, now that the sci fi is nearing its final stages, I may allow myself to start thinking more about the romance. I feel a rough outline starting to form….

The next update may happen a lot sooner than this one did, so be on the lookout. And as always, thank you for your support!

The science fiction project is well under way. The first draft is about halfway done. The original goal was to have it done by November 30, but it looks like a more realistic end date will be between December 8 and December 15. The story itself is progressing quicker than expected. My total word count goal had been 65,000, but it will most likely be closer to 60,000. For comparison, The Red Flag finished at 64,000. There may be opportunity for expansion to hit the goal after all, but we’ll just have to wait and see how it progresses naturally.

I have lately been thinking about the historical romance project that I have planned to start once the science fiction one is done. Random scenes have been popping into my head and I’ve been writing them all down. I really only have a general sense of the plot and it wouldn’t do well to start planning it while I’m still working on something else. Still, I can’t help but feel eager to begin as the characters and story have slowly begun to take shape. The same thing happened while I wrote The Red Flag. When I was halfway through with that draft, ideas about the science fiction project continually came to me.

So, there is a lot to look forward to. Right now my focus is on finishing the first draft of the science fiction project. There are a couple of other developments relating to The Red Flag that I think will be cause for excitement, both of which I will announce within the month.

As always, thank you for the continued support. My aim has always been to please. 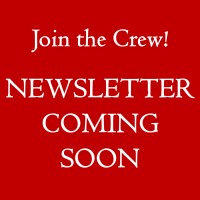 Get this audiobook for FREE on Audible